The plan was to tackle all three mountain surrounding Illal Meadows, but low energy levels and a cut requiring 3 stitches held us to summitting just Coquihalla Mountain.

I posted an event on clubtread and got a couple of responses. Janice and Clayton said they would be happy to join me. Driving up the spur road, we encountered a hiker who was parking his car. We offered him a lift to the trail head and it turned out to be Jeff, a fellow clubtreader. I stopped short of the trail head as the wear and tear to the truck isn't worth the 50 meter gain.

The first part of the trail was covered in bear scat and we kept an eye out for any bears that might still be in the area. The hike up the shoulder and along the other side of the  ridge went by quickly. We reached the rock slide where the views opened up. 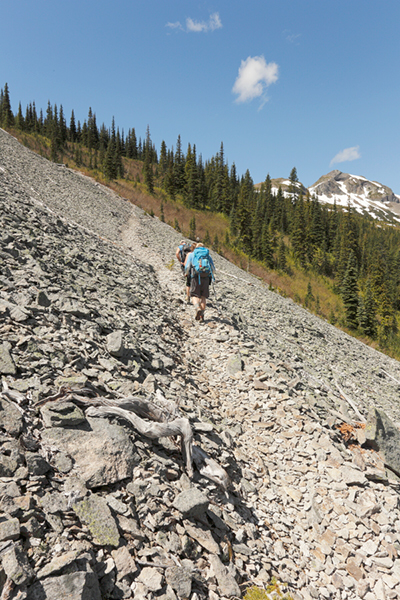 This early in the season, July 7th, there was still lots of snow leading up to the meadows. 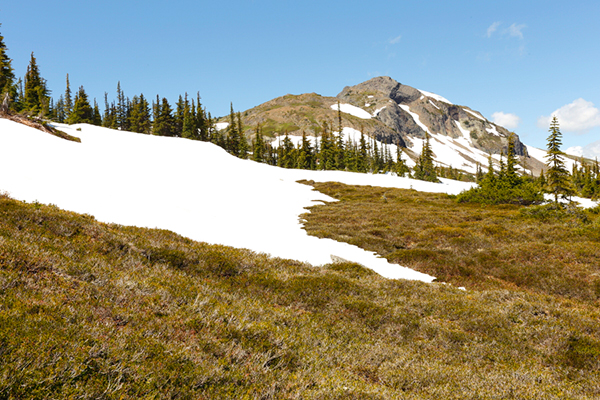 We reached the first lake below Jim Kelly, and Coquihalla Mountain was reflected in the still waters. After a few minutes discussing our options we decided to tackle Coquihalla first. 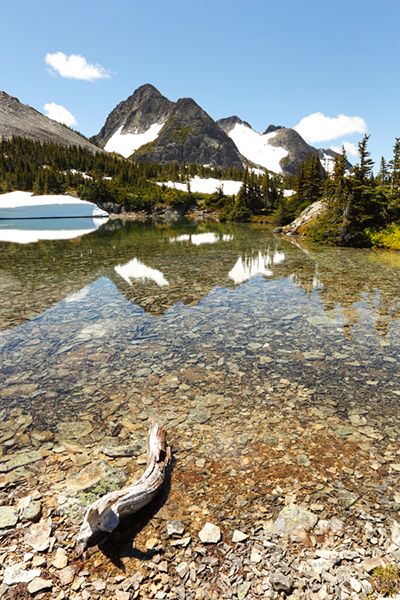 We bushwhacked through some tough, stunted trees. 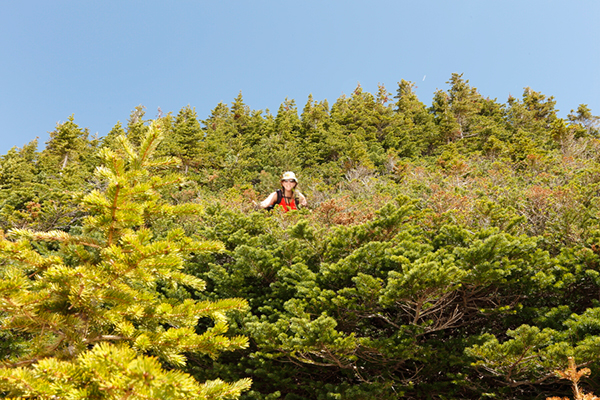 Above the col between Coquihalla and Jim Kelly, the views were spectacular looking north west to Needle Peak. 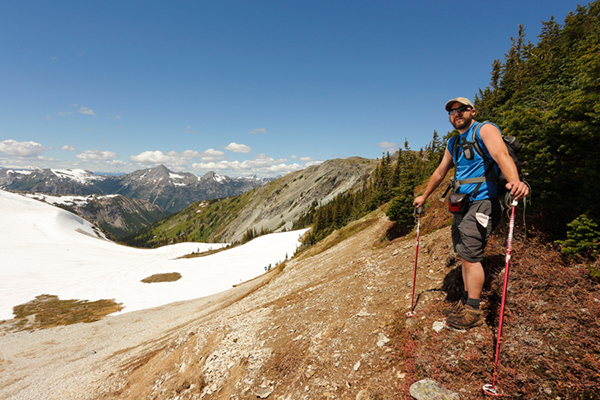 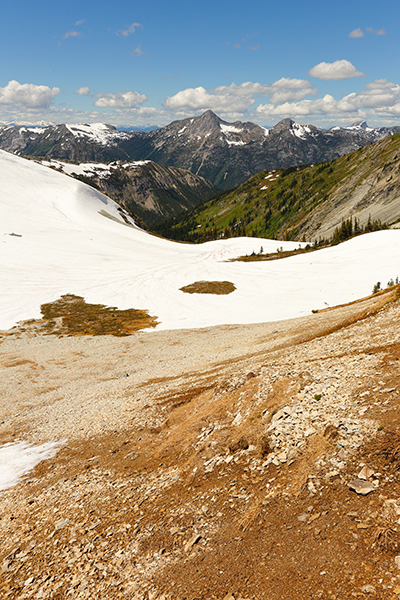 We traversed along the bottom of the mountain, crossing a stready flow of rock slides. Clayton suggested we search for a bench above us to make travel easier, so he and I headed up and Janice and Jeff continued across the lower level. We bushwhacked up and looked for an opening through the trees. A rock came bounding down the slope about 20 feet away from me. As it went past I called out, hoping that Janice and Jeff were out of the way!

Without a trail to follow, it took us longer to reach the slope that leads to the summit. Janice and Jeff were waiting paitently for us.

The final push to the summit is quite steep and requires a short bit of scrambling. Janice had decided to wait below so Jeff, Clayton, and myself enjoyed the views and had a bite to eat. On the way down, I followed an obvious trail that turned out to be going down the wrong ridge. We crossed over and continued down. Reaching a steep section with a snow patch to cross, we carefully made our way. Clayton's foot slipped as he reached the other side and he staggered, catching himself. I made a note to be extra carefull but when I reached the same spot I slipped and fell, sliding about 4 meters down the slope. I wasn't hurt so I got up and carried on. It was a couple of minutes later when I noticed blood dripping from my elbow. I grabbed a fist full of snow and held it to the cut. The snow came away red and I realized I was cut worse than I had thought. Meeting up with the rest of the group, we did some first aid, cleaning and bandaging the wound. 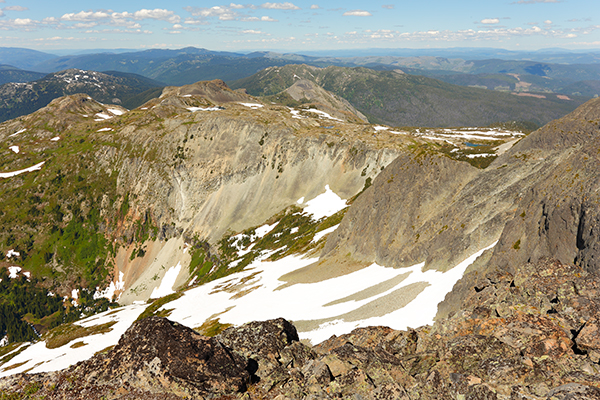 Once back at the tarn I said that I was done, the trama had sapped my strength and resolve. We sat by the lake for a bit before heading back to the truck. I felt good summiting another peak but a little dissapointed that I hadn't been able to do more.

A stop at the emergency ward back in Chilliwack resulted in 3 stitches. 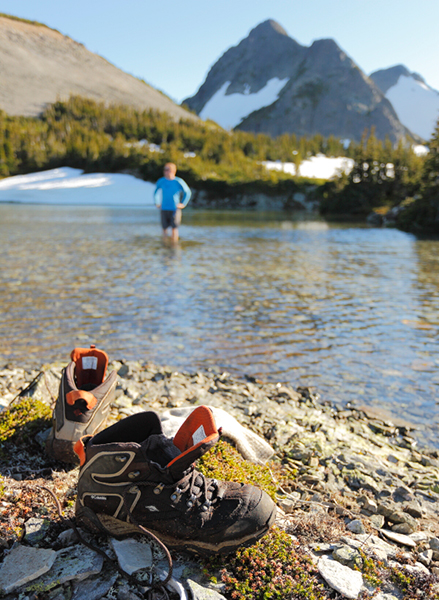