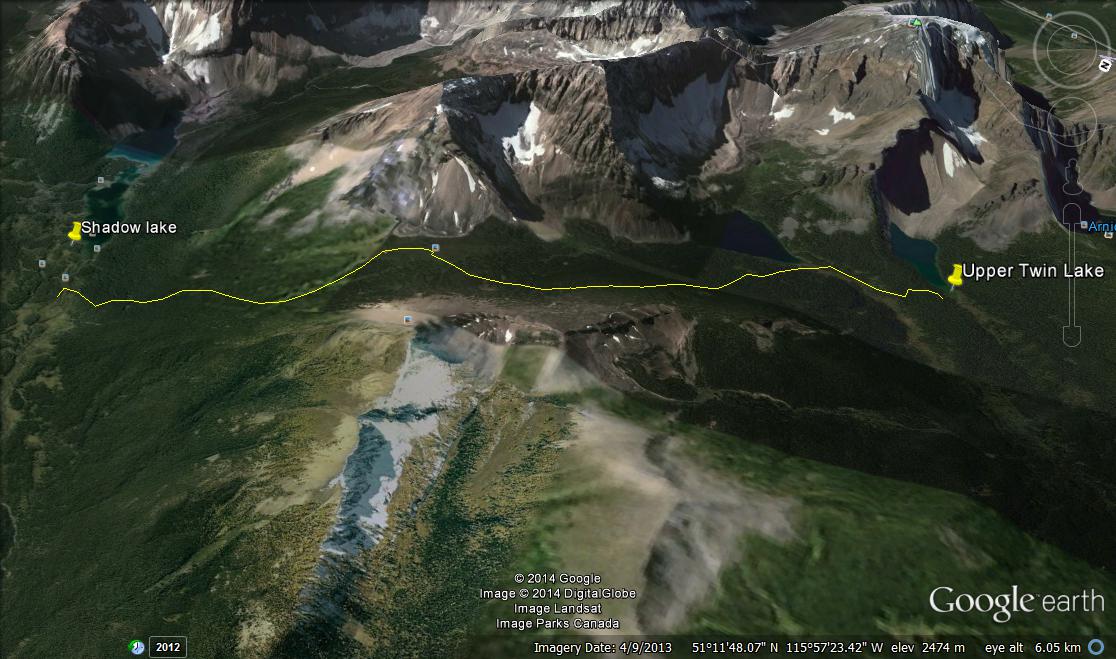 I awoke at 5am and hatched a plan. After breakfast, I would hike back to the truck and get the TP that was in the glovebox, hike back to the campsite(a round trip of 15kms and 900m of elevation gain), pack up, and then hike the 9kms to Shadow Lake. It would be a long day but I felt I could handle it. With my plan in place I went back to sleep. 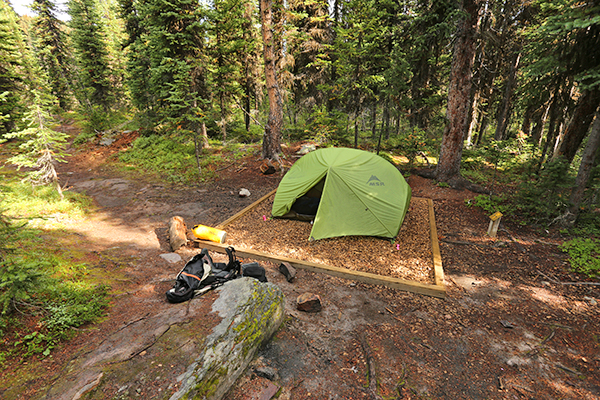 When I opened my eyes it seemed that the sky was overcast but when I looked outside it was beautiful! I quickly grabbed my camera and headed for the lake. There was a light mist over the lake and a stunning glow on the cliffs above. Finding the spot I had chosen the night before, I quickly set up the camera and composed the shot. 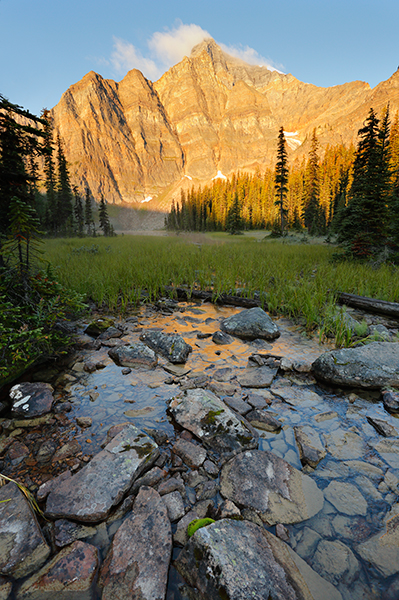 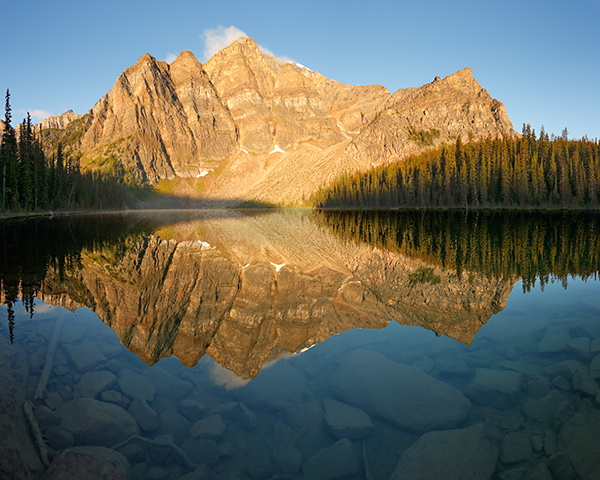 Since I had gotten up so late, the best light was over soon and I put away my gear and turned my thoughts back to my plan.

After retrieving my food I set about making coffee and oatmeal. Shortly, my fellow camper came to the cooking area for breakfast. I told him of my dilemma and he immediately offered me his spare TP. What a relief! I thanked him and his wife and we chatted while we ate. Ian, who now lived in Edmonton, used to live in Chilliwack. What a small world!

In no rush now, I had a second cup of coffee and lingered while Ian and I talked hockey. Soon, though, it was time to pack up and head to Shadow Lake.

The trail drops down to Lower Twin Lake before climbing up to Gibbon Pass. The grade was easy and the forest cool as I wound my way along the trail. Not much for views until just before the pass, the the forest thins out and is dominated by larches. Shadow Mountain makes a stunning backdrop. 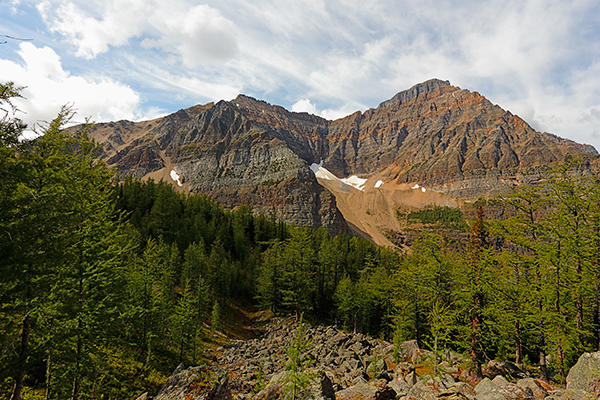 A few minutes later I was at the pass and I stopped for a short break. If I had more time I might have tried climbing the mountain to the north, but instead I descended into shadow. 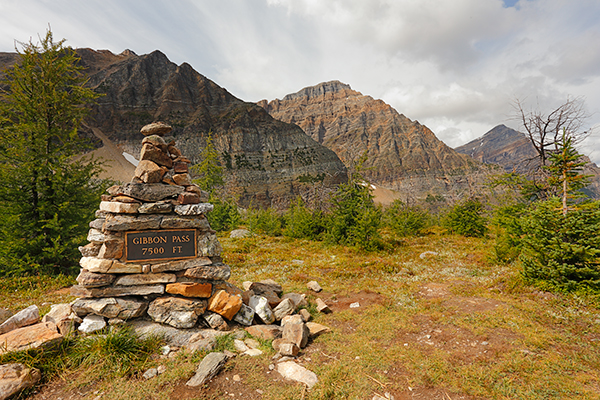 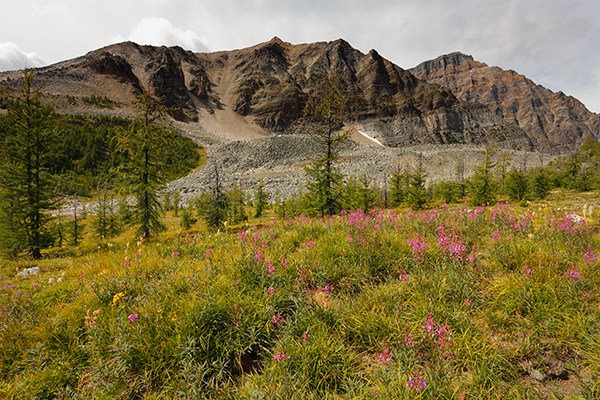 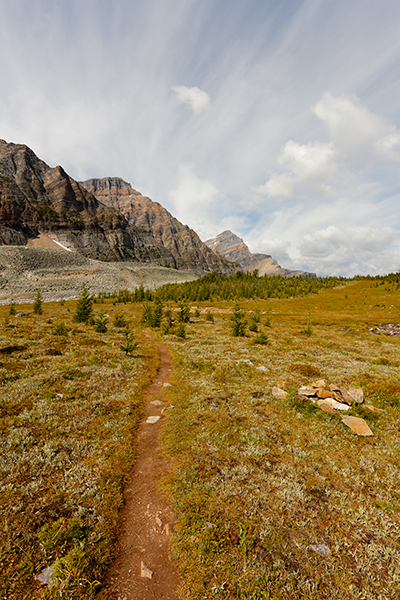 The trail down was easy and I made it to the campsite in about an hour and a half. After setting up and having a snack I went to explore Shadow Lake.

I followed the " Lakeshore Trail " expecting to walk along the lake, but instead the path leads up into the forest. Needless to say I wasn't happy about that. With the only options being to turn around or continue, I figured I'd give the trail a little more time to prove its worth.

After about an hour the trail drops down to the lake and rewards your perseverance. Mount Ball looms above you and is spectacular! I spent almost an hour taking photos and enjoying the view. 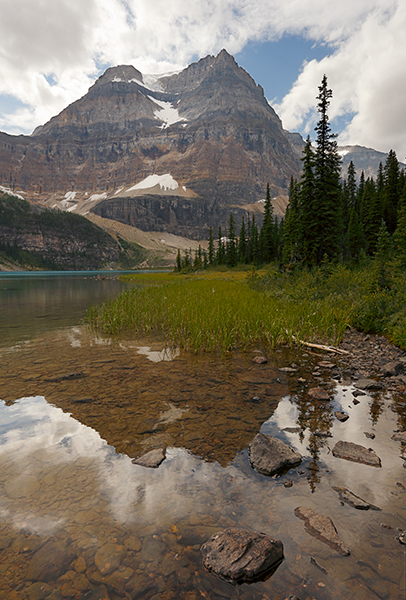 On the way back I took a turn that led to the outlet of the lake. I decided that this would make a good spot to catch the sunset. 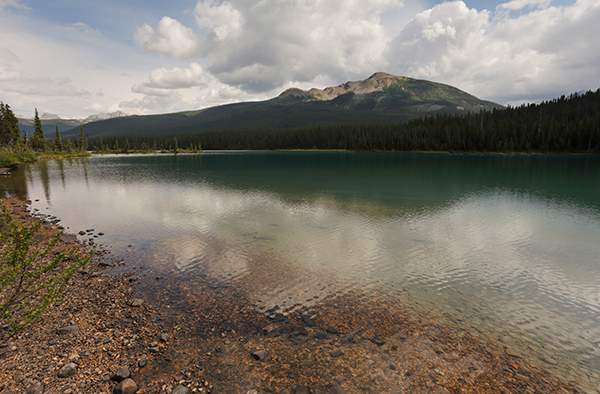 Since it was still early I figured I'd go have some dinner and then make my way back.

At the cooking area was a group of about 7 boys who were on a YMCA trip. They all seemed to be having a good time. 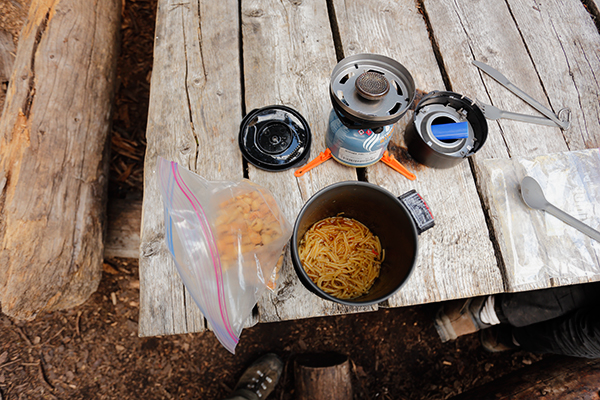 After dinner I cleaned my lenses ( and my glasses ), then went back to the lake. 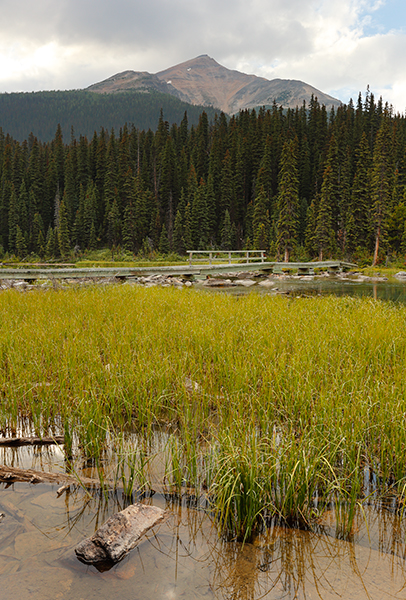 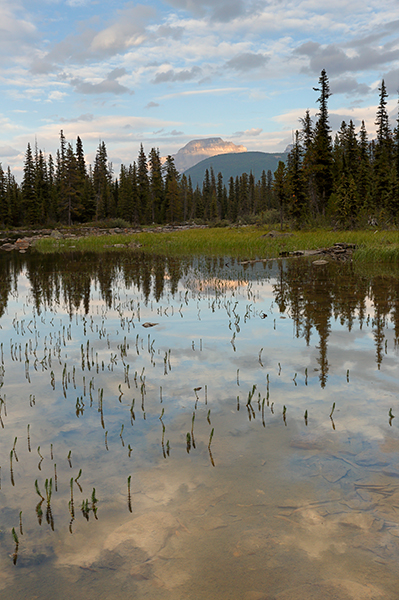 As night was approaching I had the lake to myself. The water was calm so I setup for a reflection shot and waited for the magic to happen. And waited. I played around for awhile and did some "selfie" shots. 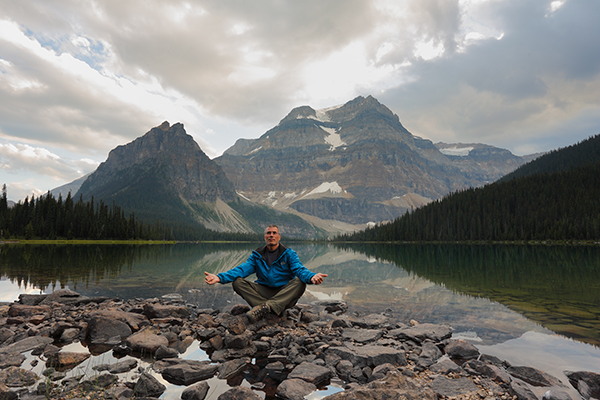 It was very peacefull on the lakeshore. The flying insects weren't interested in me as they danced above the water. In the far distance, a loon called in the gathering darkness. A lonely sound. 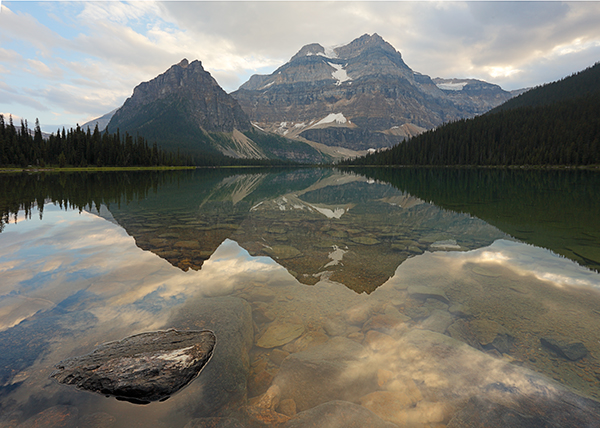 There was a few minutes of colour in the sky and then it was over. I packed it in, put on my headlamp, and went back to camp.

Reply spedra dosaggio consigliato
9:01 AM on September 24, 2021
First off I want to say suprb blog! I had a quick question that I'd like
to ask if you don't mind. I was curilus to
know hhow you center yourself and clear your head prior to writing.
I have had a tough time clearing my mind in getting my ideas out there.
I truly do take pleasure in writing however it just seems like
tthe firet 10 to 15 minutes are wasted just trying to figure out how
to begin. Any suggestions or hints? Thanks!