The sky looked promising when I crawled out of my sleeping bag at 6:00 am. I gathered my gear and walked over to the stream that flowed through the marsh. Except for the sound of the waterfall behind the campsite, the morning was quiet and still. I had been hoping that I would see some kind of animal, a deer, or elk, or even a moose, but it was just me standing in the middle of the field.

I took lots of photos before the light changed and I called it quits. 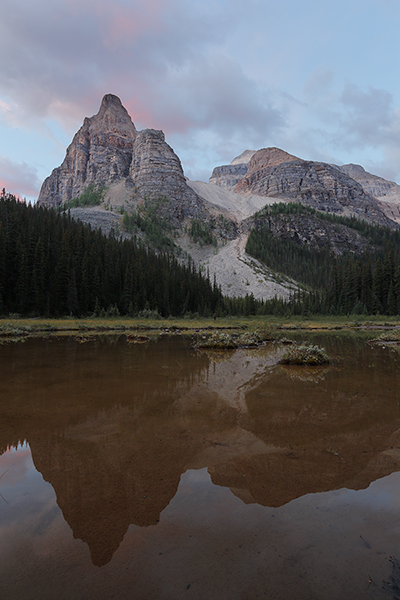 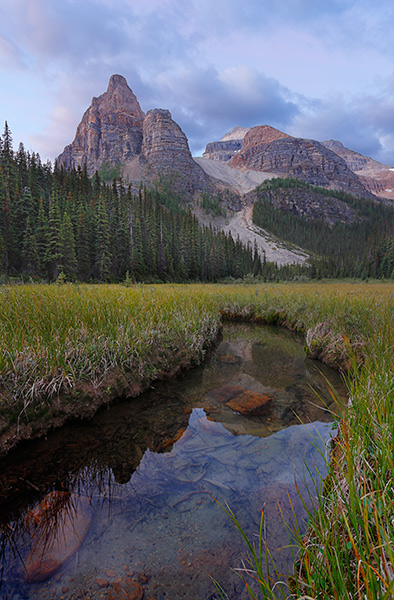 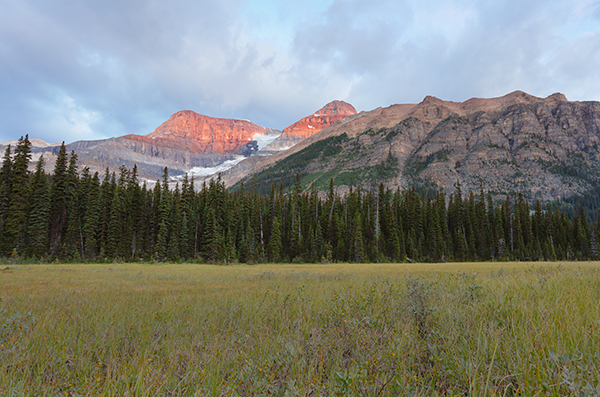 My plan was to have some breakfast before checking out Ball Pass, an easy 2.7kms, then heading over to Twin Lakes for the night. I'd stop at Shadow Lake Lodge for their famous "tea".

At the cooking area I met my camp mates who were from Minnesota. They weren't sure of their plans but decided they would hike over Ball Pass and out the other side. I wished them well and said we would probably pass on the trail.

The trail to Ball starts off easy enough before a short, steeper section. As I hiked along the bottom of the narrow valley I got a feeling like I was in the wildest part of the park. I made extra noise and kept a sharp lookout. 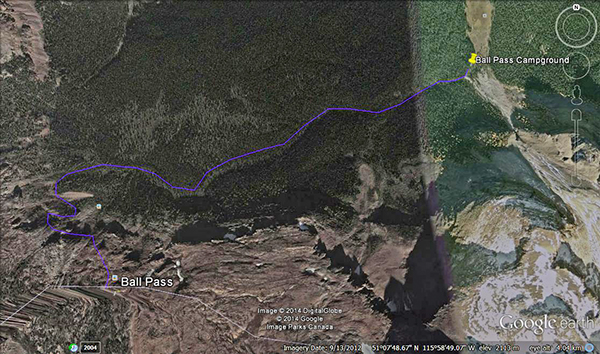 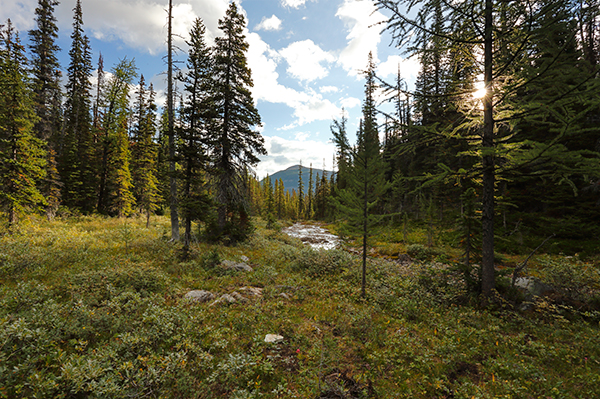 Shortly, the trail came to the foot of the pass. I left the trees and climbed the rocky path to the top, crossing the continental divide.

Clouds were building over the mountains and they had a threatening look to them. After doing a little exploring I started back. 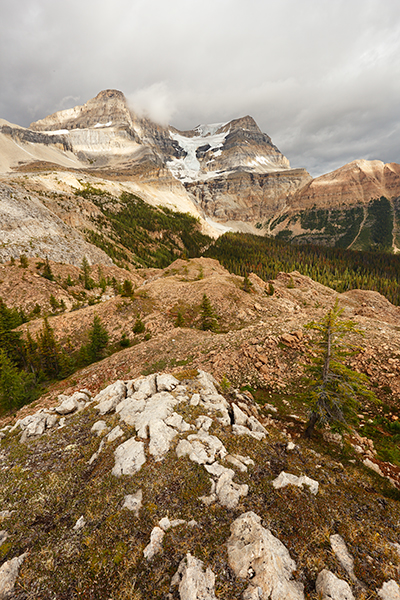 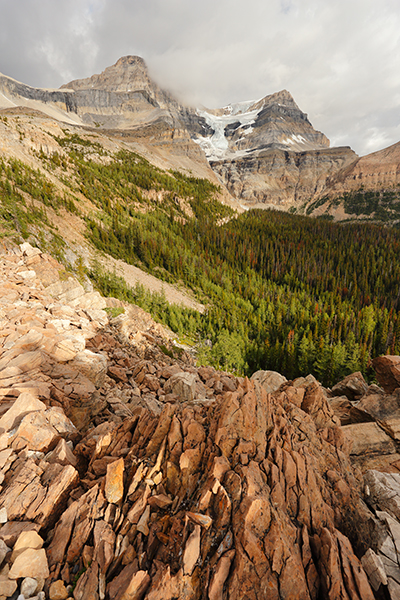 At camp, I quickly packed up and got ready to move, keeping my rain gear handy incase it started raining. Within minutes, the clouds opened up and I felt the first drops. With no alternative, I prepared to hike in the rain.

From Ball Campground to Shadow Lake the trail is mostly flat, following a stream that flows from the pass. Even in the rain this is a beautiful area.

Somehow, water found it's way through the seams of my jacket and down to my skin. The last thing I wanted to do was spend a cold wet night camping at Twin Lake, just to hike out the next day. So, I decided to hike all the way out with a brief stop at the Shadow Lake Lodge for tea.

I had heard good things about the "tea" at the lodge and maybe I was expecting too much. I had a raspberry tea that hit the spot and filled up on cheese and crackers and fresh sliced vegetables ( and maybe a dessert or two ).

While I had plenty of time to hike back to the truck, I still had a nine hour drive home as well. My clothes were still wet after lunch but I had no choice but to put them back on and hoist my heavy pack. I began what I thought would be the hardest part of my day; the hike to Gibbon Pass. It's  over 400 meters of elevation gain in just over 3 kms, not steep but still a thigh burner with a full pack.

I trudged my way up and over the pass before dropping down to Lower Twin Lake. Even though the rain had stopped I wasn't up to spending the night so I put my head down and headed to the upper lake.

The hardest part of the day came on the push up to Arnica Pass. I had such low energy and every step was an effort. My water was running low as well and I kept my eyes open for a stream. 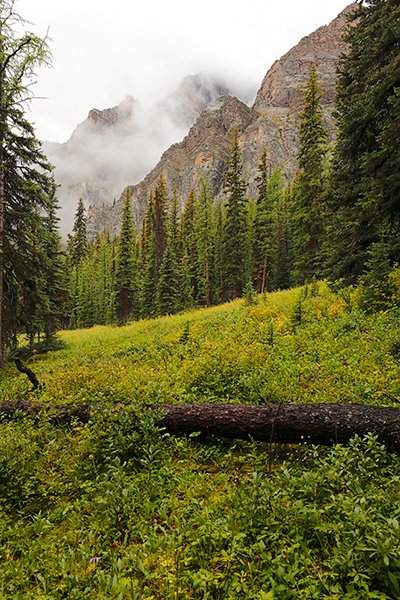 Strange as it may sound, coming down from the pass was hard. My feet were sore and my knees were shakey. The thought of sleeping in my own bed was the carrot I needed to get me back to the truck. 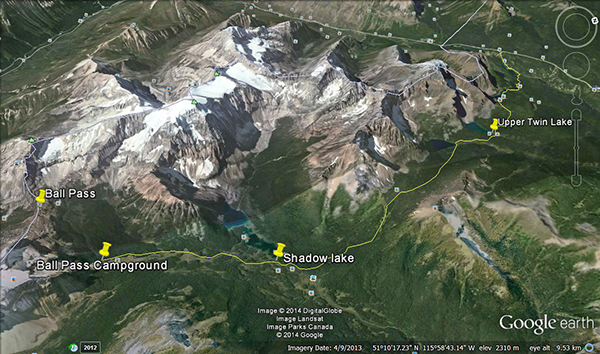 After spending 5 days in this beautiful area I would highly recommend it to anyone who was looking for a scenic trip in a wild but not isolated part of the park. I plan on doing this trip again but I would start at Sunshine village and spend at least another day or two to further explore some of the side trips.

Reply what is priligy tablets
3:52 AM on September 15, 2021
Fedex Shipping Dutasteride Find Visa

Reply a healthcare professional is reviewing the history of a patient who is about to begin furosemide
7:46 PM on September 17, 2021
Priligy Niederlande