After several attempts to reach beyond the lower Pierce Lake I was finally able to summit Mount MacFarlane.

The hike to Pierce Lake is a long, steep, slog, mostly through ugly forest. The exception is a stand of old-growth forest before the crossing of Pierce Creek. Unfortunately this is only a few minutes in a 3 hour climb of 1000 meters.

After an age of drudgery I came abreast of the lake and a short drop brought me down to the shore. It's a pretty lake but I didn't linger as there was still a mountain to climb. 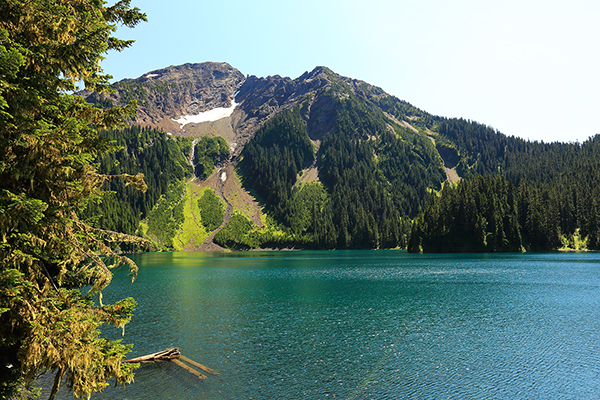 It wasn't long before I reached the open slopes at the far end of the lake. The impressive headwall loomed in the distance but I wasn't deterred as I knew there was a trail leading to the top.

The last time I'd been here the upper meadow was filled with mist and I'd lost my way, retreating when I could find the trail. This time I had no problem following the boot-beaten path. I stopped to take a shot of some large tiger lillies. 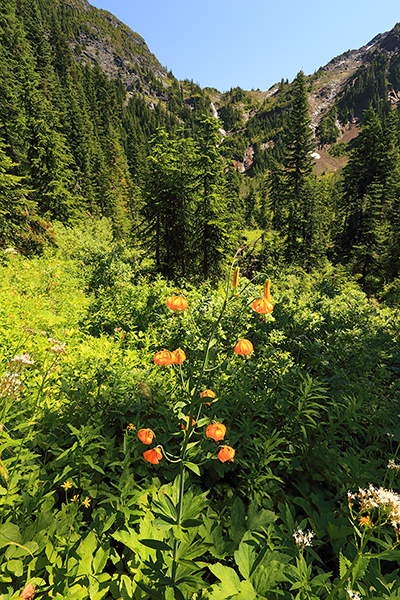 Further along the trail there were more flowers so it was time for more photos. I had been hoping for fields covered in wildflowers but  that's not what I got. 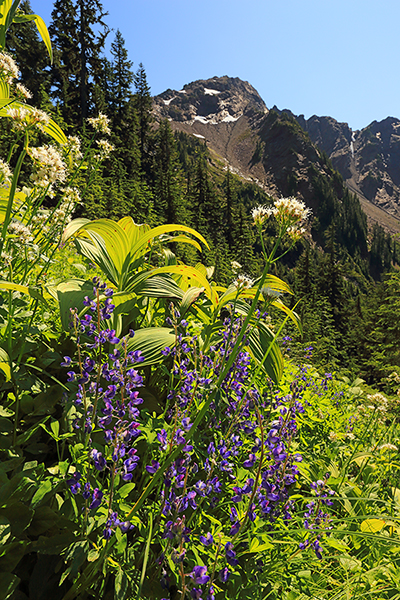 The sound of the waterfall serenaded me as I climbed the steep headwall, finally reaching the upper lake for the first time. 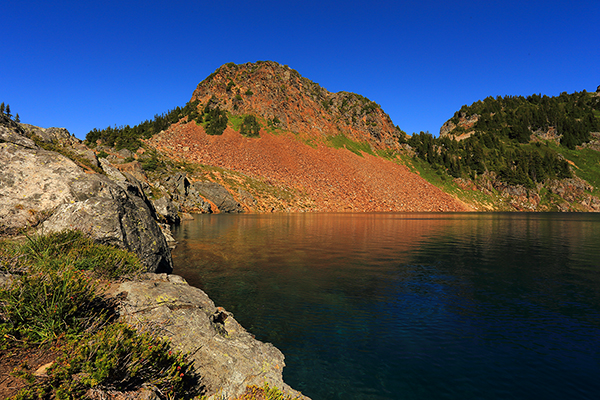 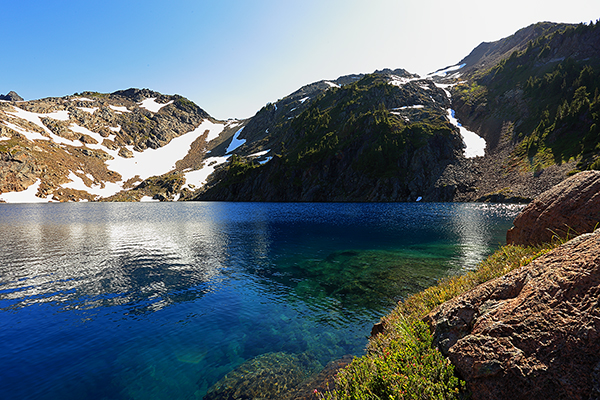 My feet were tired so I sat down and snacked on some food, debating whether to go on to the summit or start the long hike back. As I waited I convinced myself that the peak was right there and I should get off my lazy ass and go see what all the fuss was about.

The trail isn't obvious in some spots but easily regained by continuing upward. The views steadily improved as I worked my way up the ridge. 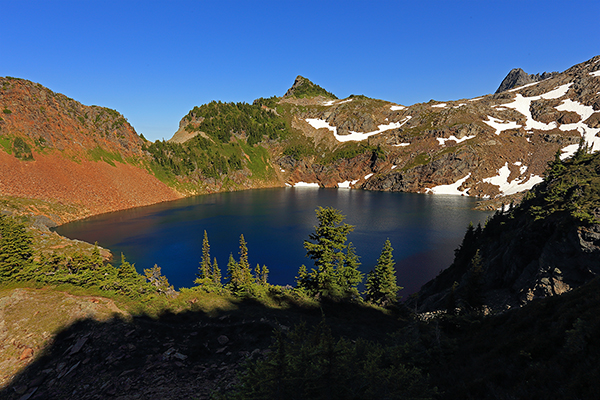 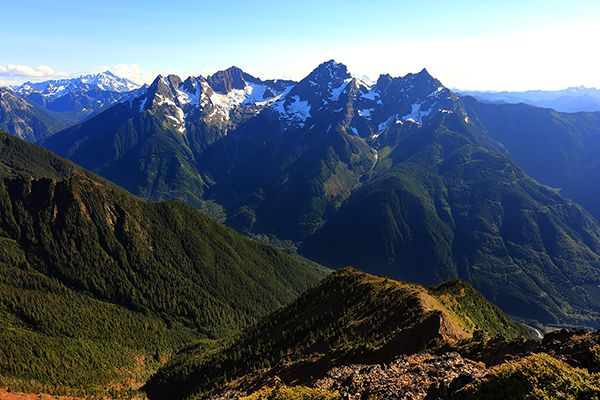 Finally at the summit I enjoyed the amazing views. This might be the most impressive viewpoint of Mount Slesse, which is further south along ridge. 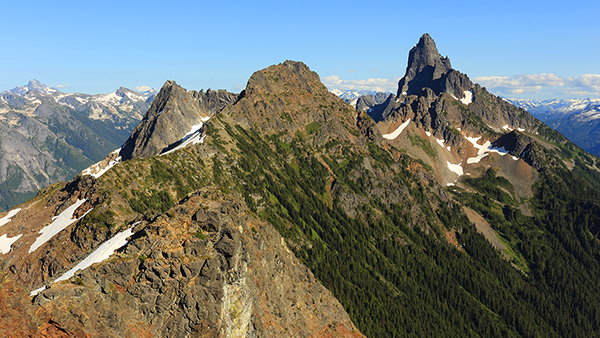 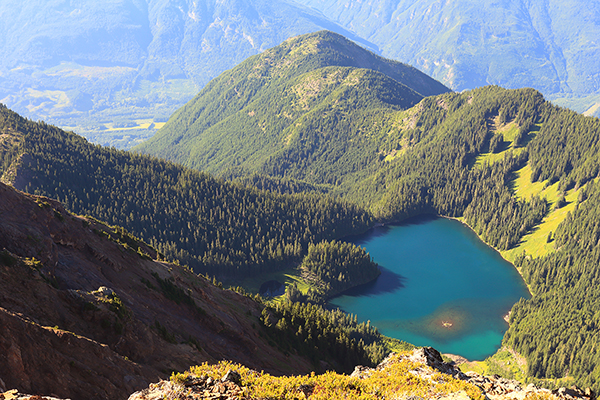 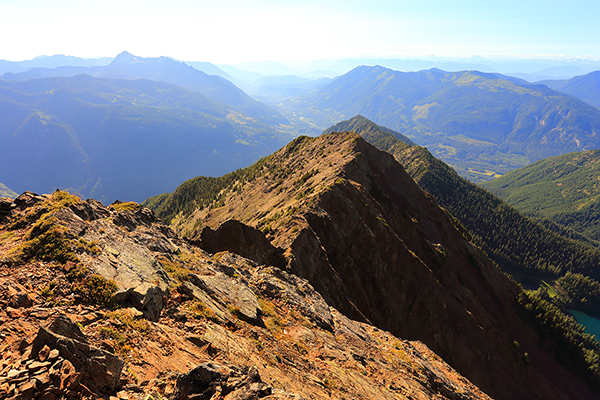 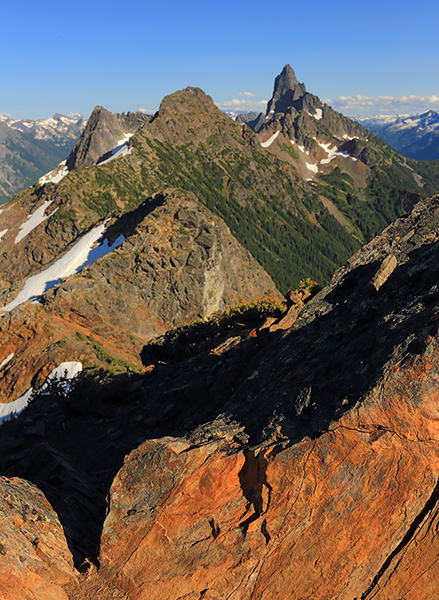 As usual, my original plan had been to find a great scene, preferably of the mountain reflected in the upper lake, and wait for sunset. But I was so tired and the cloudless sky was so uninspiring that I just headed straight down. I took a couple pictures of the forest between the lower lake and Pierce Creek. 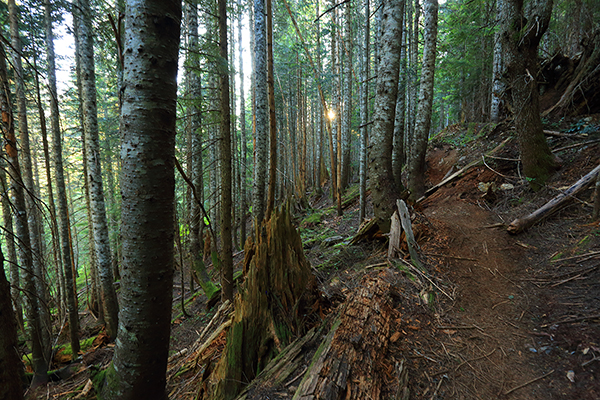 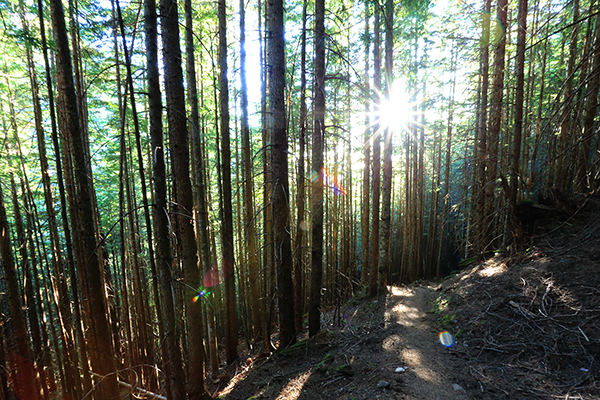 I'm thinking this hike would be better as an overnight, eventhough I'd dread hauling my gear to the upper lake.