With a forecast of clearing skies I decided to attempt another hike in the Mount Baker Wilderness.

I've got to say I'm not a big fan of the access road; one lane, blind corners, and potholes. Thankfully it was Monday and traffic was light.

It was late afternoon when I hit the trail and began climbing up the modest grade through a nice forest. This late in the season I had to stop and photography every flower I could find! 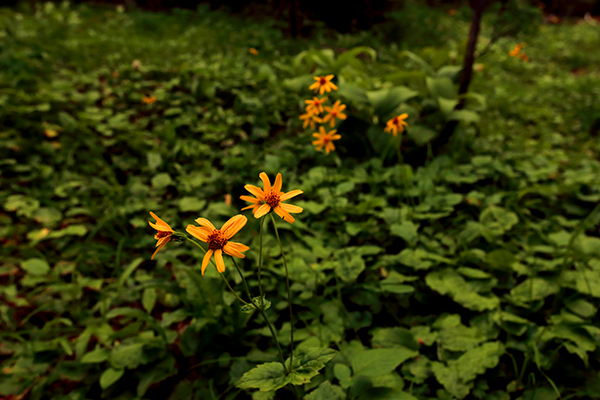 As I neared the crest of the ridge, the sky was a solid layer of cloud so I was pleasantly surprised when I saw some blue skies at the top. 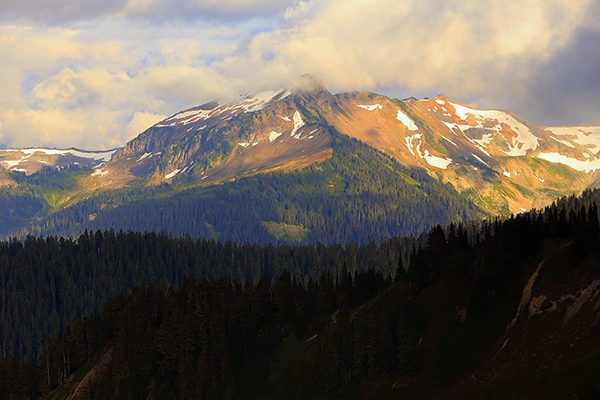 The sun was trying it's best to burn off the remaining clouds as I wandered up the rolling hills, making my way closer to Mount Baker. 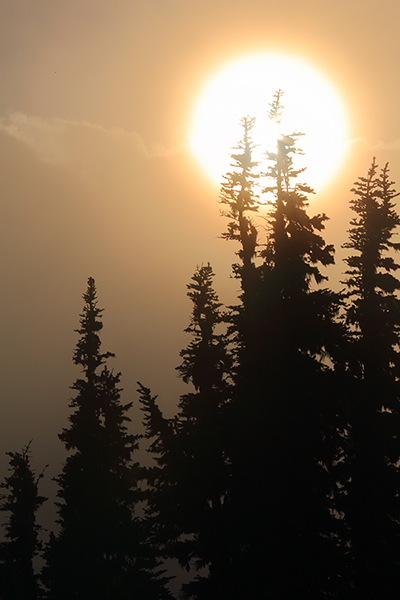 As I reached the next summit along the trail, Mount Baker emrged from the clouds and filled the skyline. 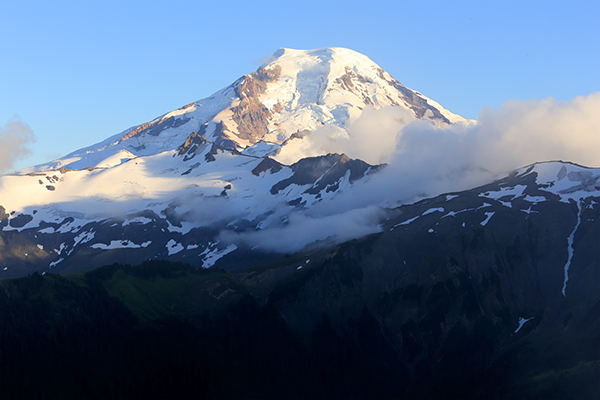 I spied some flowers a little lower down so I stopped to frame a few shots. 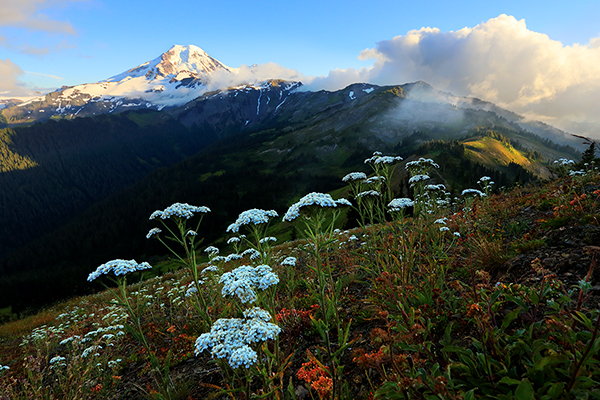 A layer of clouds flowed over the ridge and I loved the light and shadow and colours. 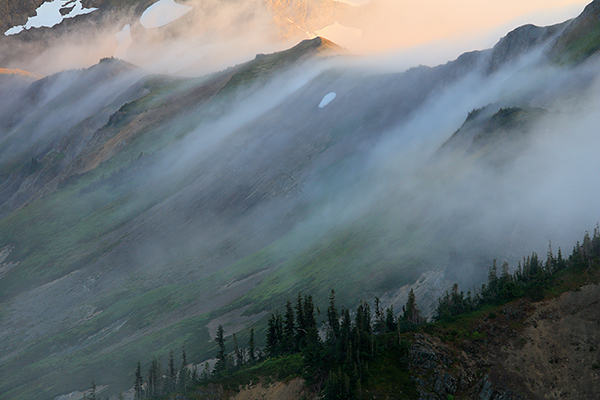 As the light began to fade, I made my way back to a field of flowers I'd seen earlier. More clouds meant more photos along the way. 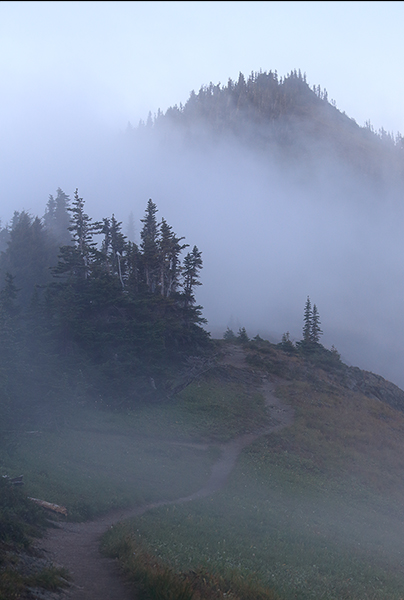 Mount Shuksan glowed pink in the dying minutes of sunlight. 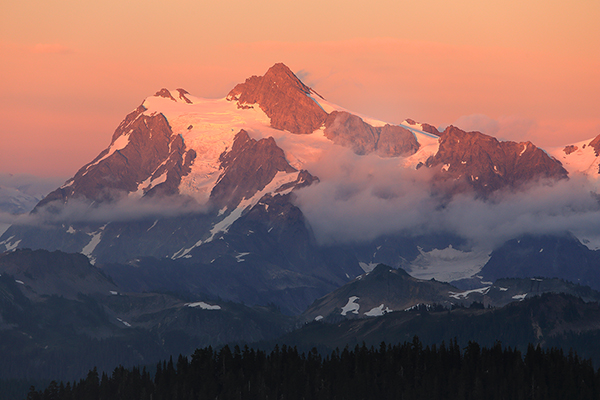 A layer of clouds had formed below me on the opposite side of the divide. 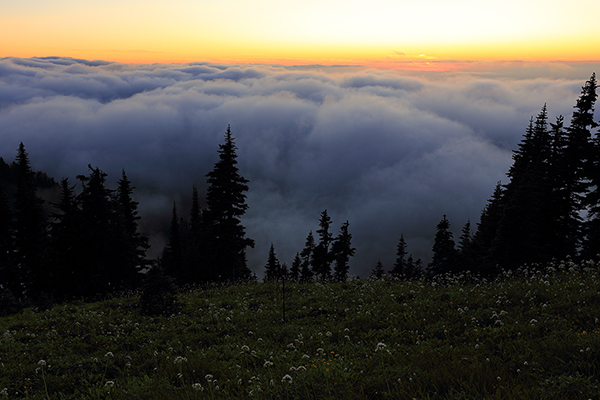 By the time I was set-up at the flowers I'd seen I was left with a soft, alpine glow. 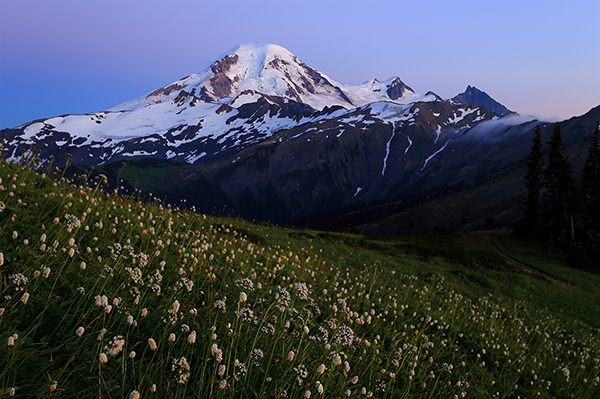 I sat there enjoying the view unit it was dark before heading back to the truck. 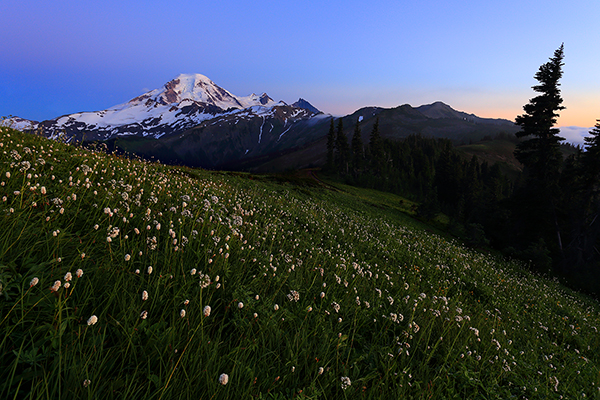