After Dan and I did a loop trip around the Three Sisters in Oregon, I felt a return to the southern portion would allow me to hit the highlights without doing as many miles per day.

Starting from the Green Lakes Trailhead it's a fairly easy hike along Fall Creek. I enjoyed listening to the creek for the first part of the hike. After a couple of kilometers in the forest the trail splits and I headed west. I'd been driving all day so I wasn't feeling at the top of my game. Half an hour later I arrived at the Moraine Lake camping area. I chose a spot high above the lake and set up camp.

A quickly eaten supper left me time to check out the lake. The wind made the lake choppy so I decided to head up to the ridge. I gravitated toward the dead trees and framed several shots as the light slowly changed. 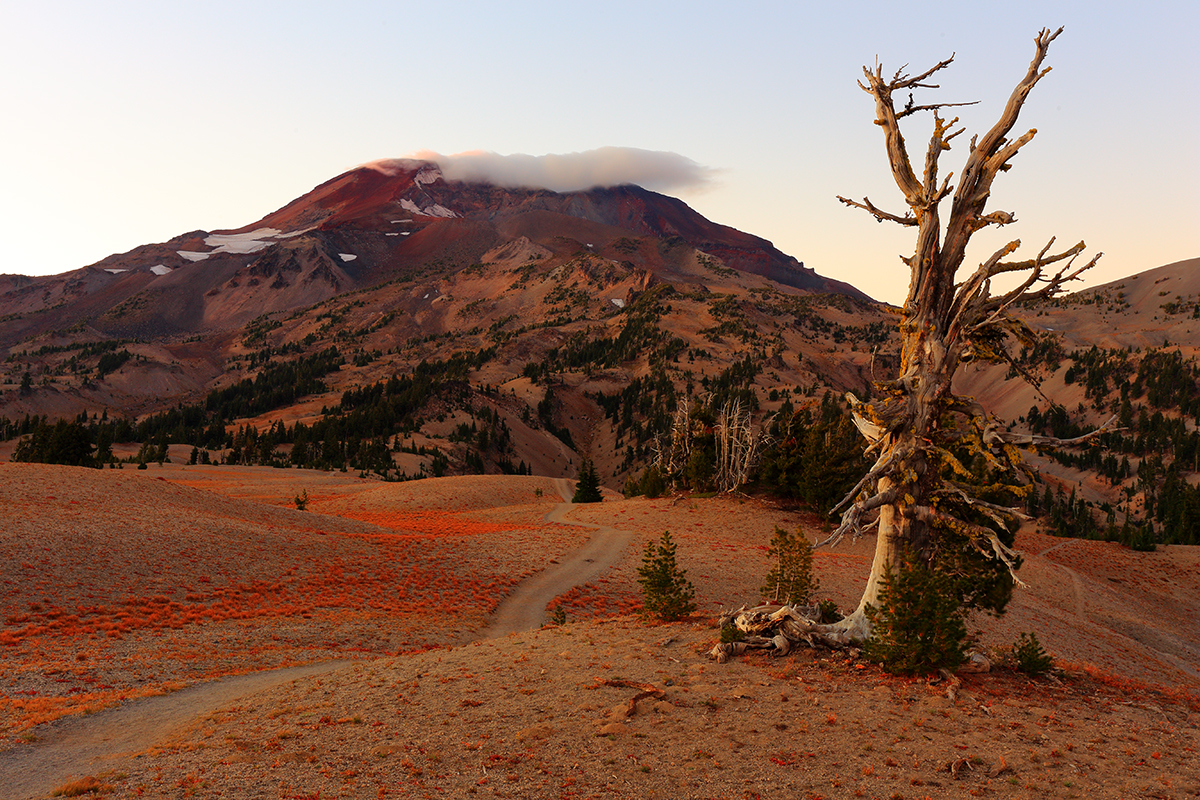 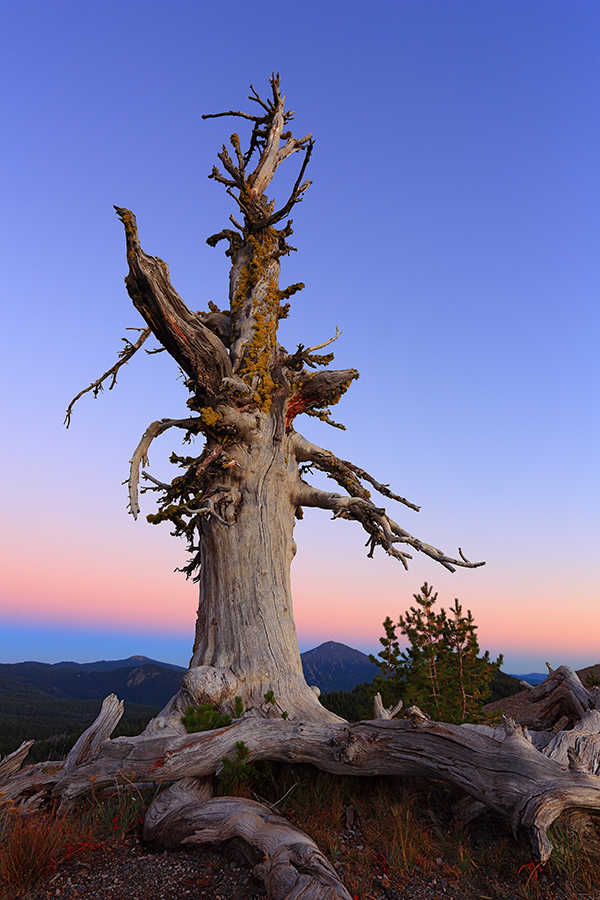 I don't know why I didn't set up for some star shots, I think they'd look great from here. Back at camp I watched the lights of hikers coming down the mountain in the dark.

The plan for day 2 was to hike to the summit of South Sister and then move to Green Lakes for the night. While 1200 meters of elevation gain is nothing to sneeze at, I was confident that I would be able to reach the top without any troubles. What I hadn't taken into account was that I'd been quite the couch potatoe over the summer. 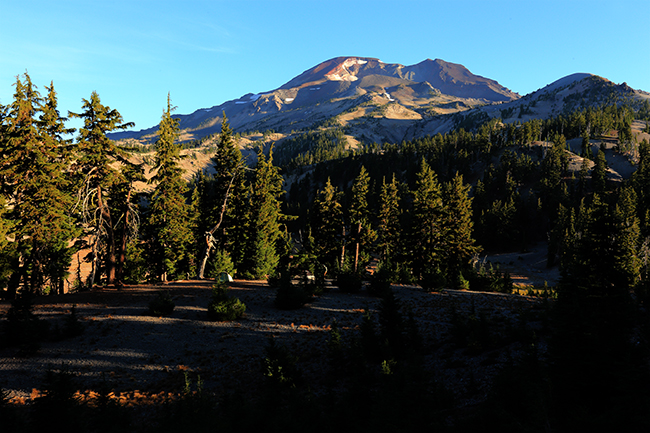 I realized early into the hike that my legs were not in prime condition. Half way up, my calves started cramping and I really started to slow down. It was about then that a trail runner trotted past me, ugh! 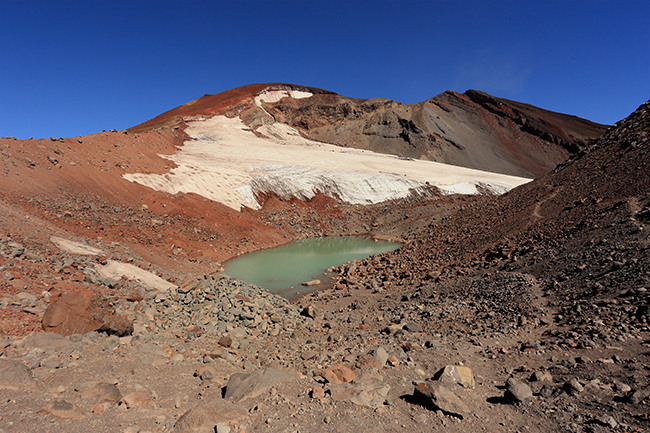 The final push to the summit was brutal for me but I just kept moving. It was a huge relief to crest the last ridge and stand on the top of the caldera. I took some photos of the views stretching into the distance. 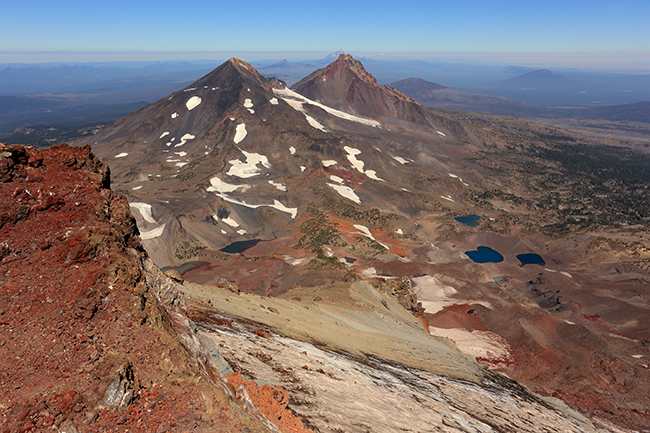 With nothing left in the tank I headed back to camp. I was beat so I took a short nap before dinner.

Sometimes I amaze myself at how stupid I can be. I was exhausted but still packed up all my gear and started off towards Green Lakes.  It was down hill for the first couple kilometers before reaching Fall Creek and starting the ascent to Green Lakes. It had to be me, but I had a hard time finding camping sites. I searched for what seemed like 30 minutes before finding a good spot. I set up and crawled into bed.

The next morning I could barely move my legs. After a brief look around I went back to my sleeping bag and slept until about 2:00 pm.

The smoke from nearby fires cast a haze throughout the valley, almost blocking the views to the surrounding peaks. 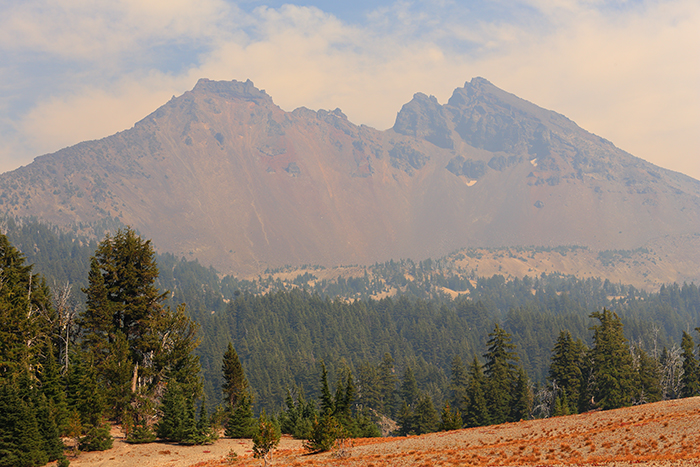 It was an effort to move but I kept telling myself that I had to scout out a location for a sunset shot. A little bunch of flowers on the shore of the lake looked promising. Further on I came across a small pond that was calm enough to get a reflection shot of South Sister. 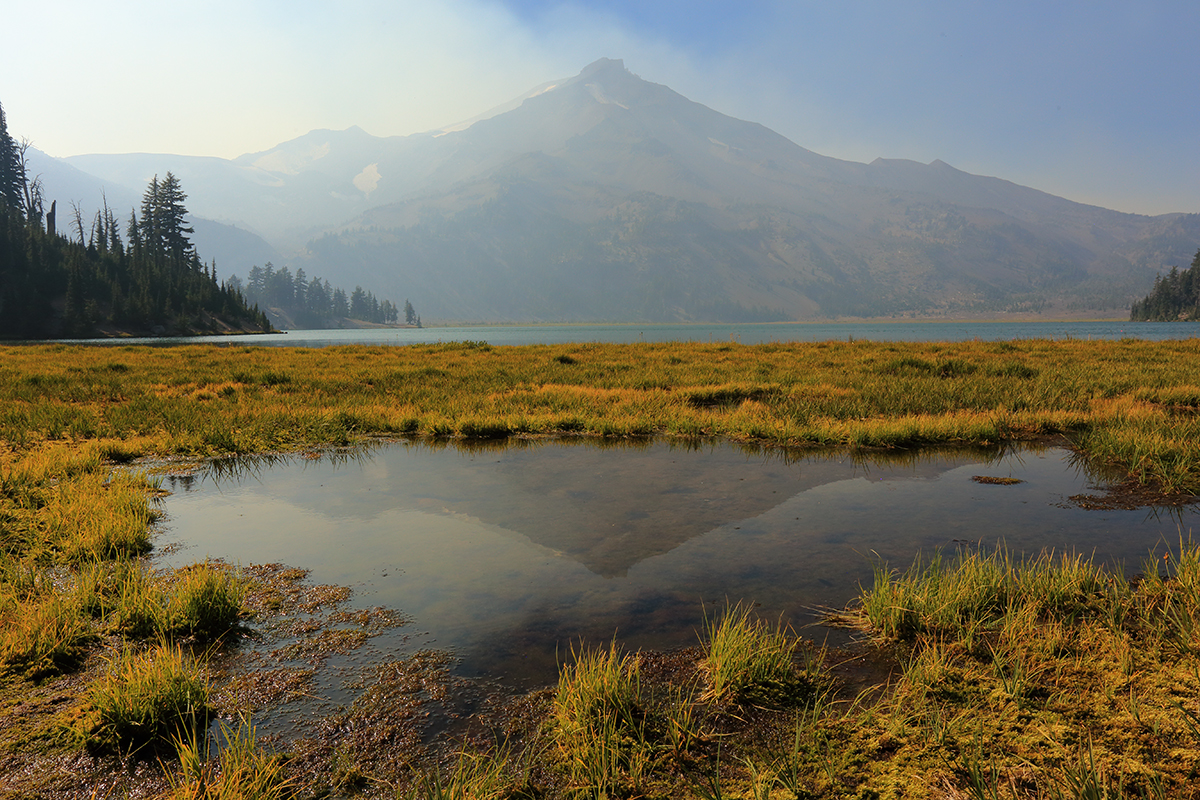 My energy was fading so I hiked back to camp for some noodle soup and a nap. As the light began to change I pushed myself to get up and wandered over to my shot location. Along the way I found a tiny stream tucked away from the main trail. 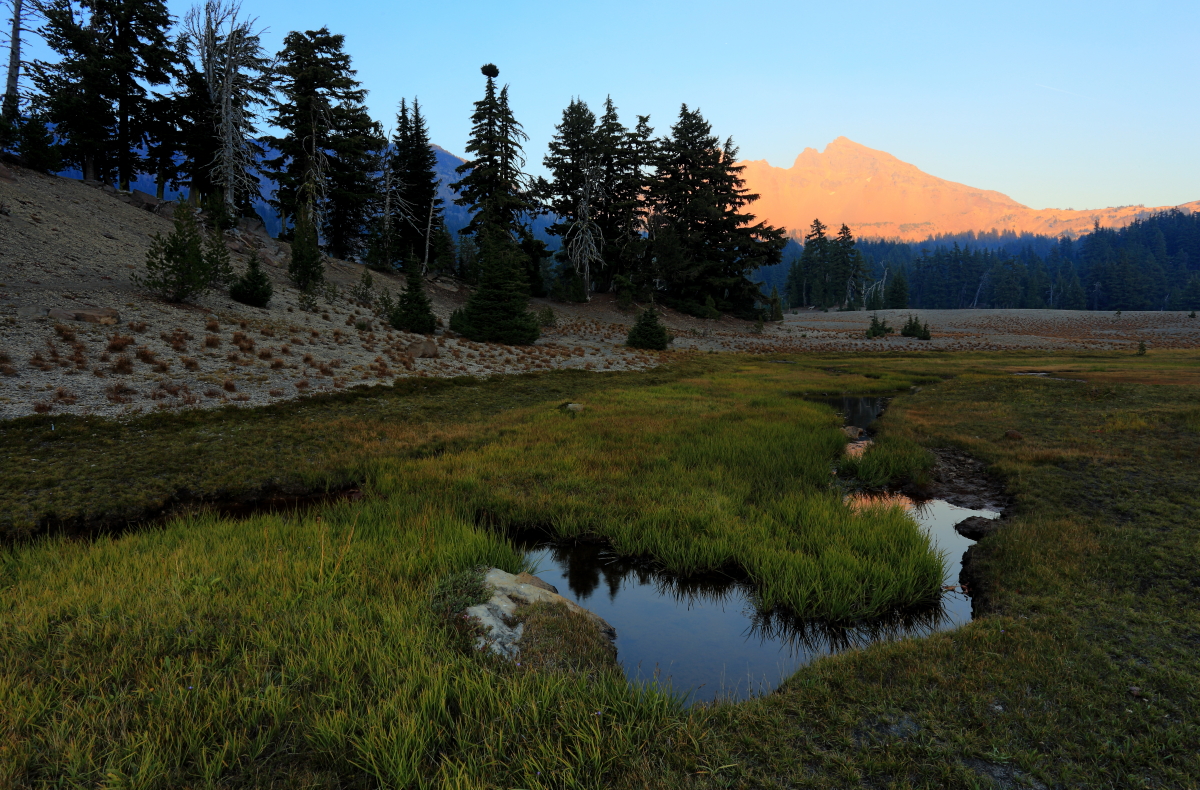 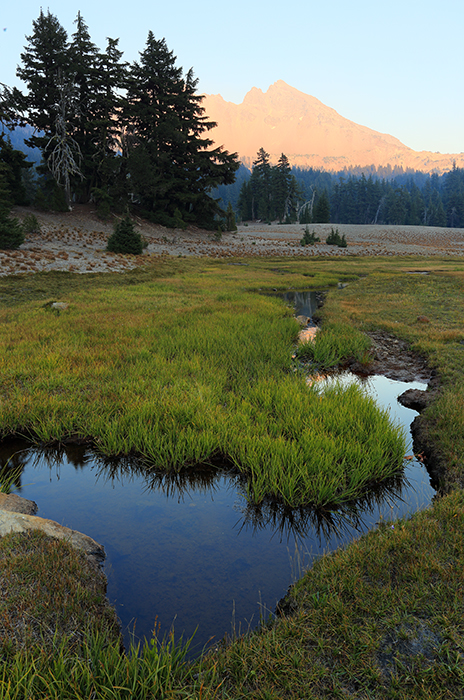 My hopes for a sunset reflection shot with flowers in the foreground were dashed when I reached the lake. The wind kept the lake from settling down and the flowers apparently close at night. 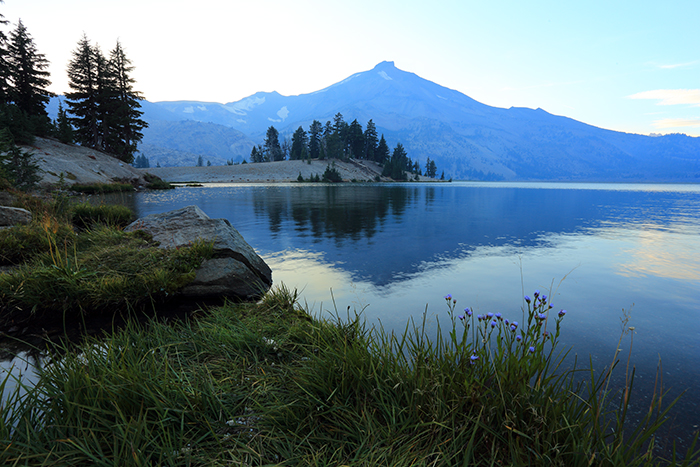 In the morning I made the descision to pack up and head home. My legs were stiff and sore and I just didn't think it was worth spending another night there if I wasn't enjoying myself. I had plans of hiking up the Camp Lake Trail but that will have to wait until next time.

Reply Desmopressin lomi
4:35 AM on October 23, 2022
where can i buy imitrex 100mg imitrex cheap imitrex without a prescription
12Next »